Recently, the combined processes became widespread. The reaction between components and the removal of the newly formed substances from the reaction zone take place in a single unit. For this system that has reaction (catalytic) component and distillation columns – our company propose complete this process in one reactive distillation column in cyclic mode. In this case, we integrated reaction and distillation in one single column. This column can be divided for few sections: reaction zone, rectification section and stripping section.

Combination of both operation units (reactor and distillation column): 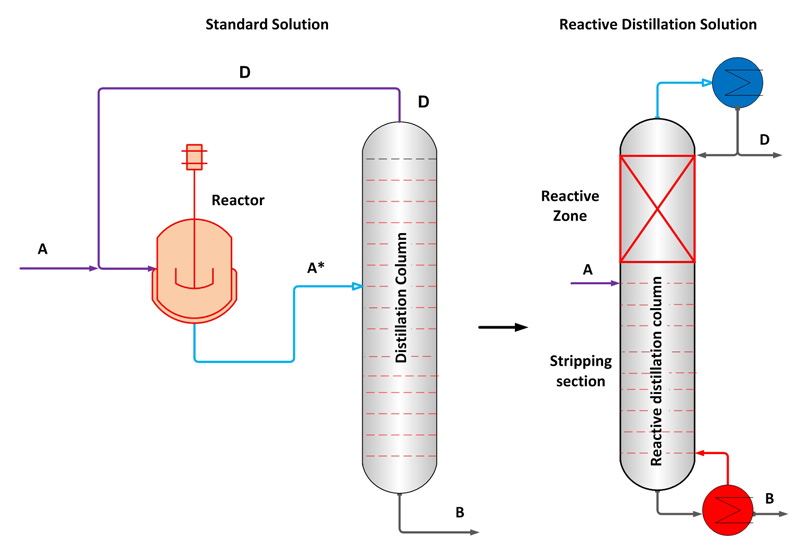 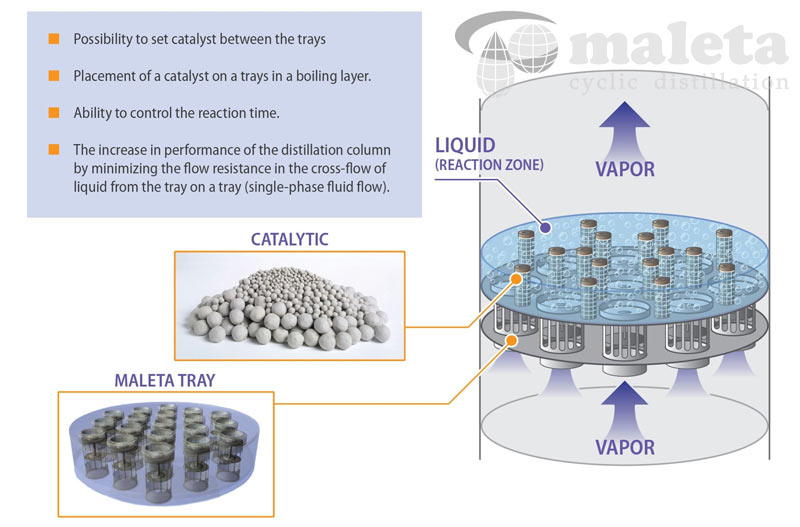 In conventional distillation tower catalyst creates a large flow resistance upon the continuous streams of liquid and vapor, which considerably limits the installation performance. In case of cyclic distillation, the catalyst, just like the tip, can be placed between the trays, including in a fluidized bed. The flow of fluid through the trays is carried out at the absence of vapor. In the single-phase flow the bulk density of catalyst will not cause any serious resistance to the liquid motion. Therefore, the performance of the combined device can be significantly enhanced.

Maleta cyclic distillation is proposes optimum solution for reactive distillation. We can supply all complex of engineering service and equipment.